"Ever since the birth of Spira seven years ago, Beethoven symphonies have always been the focus of our work. Our very first encounter was with Beethoven’s Second symphony and since then every single one of them has left a mark on our artistic development. From the small town of Formigine, in Italy, where we usually meet to study, these symphonies have travelled with us throughout Europe. Now, our most daring step, but in a sense also the most natural one, is to complete the series with the Ninth Symphony. As far as we know, the Ninth Symphony has never been performed without a conductor, at least recently: the reason is to be found not only in the amount of forces involved, which require intense coordination, but also in the complexity and consistency of its musical message. We decided to work on this piece over two rehearsal periods involving all musicians and from the first months of preparation, studying with the choir. Thus every stage of the construction will be shared from the very beginning. That’s the idea we’ve always had when approaching this composition. We don’t want the gathering of a choir, an orchestra and soloists, but rather ninety and more musicians studying and interpreting the score as a unique unit, whether they be professional singers, amateurs or orchestral musicians. We are obviously thrilled at the idea of this close encounter with the symphony and it gives us the energy to face all the questions and challenges that such a project generates. We don’t want this experience to be lived as “climbing an enchanted mountain” or “approaching the Myth of Beethoven’s Ninth.” Instead we wish to face it in a very simple and almost artisan way: let’s delve deep in to something that we will never stop digging. That is why we need to start from somewhere and in some way, soon!" 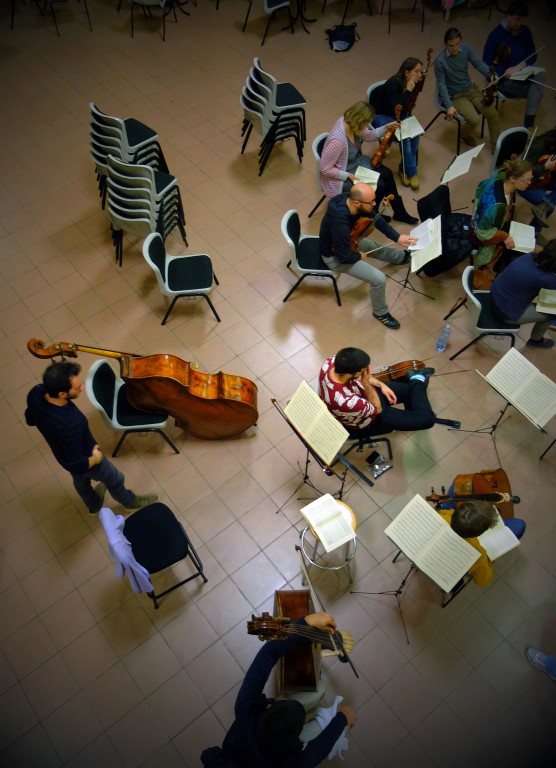 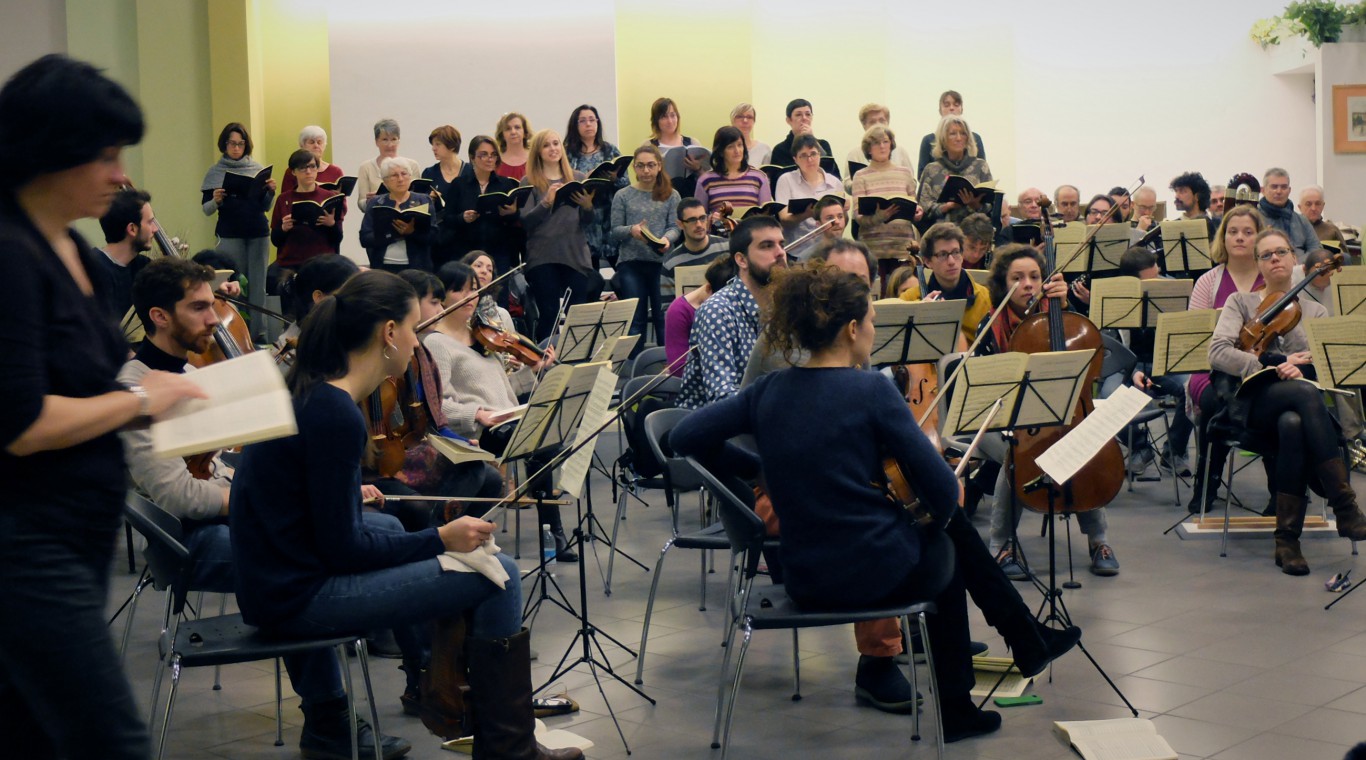 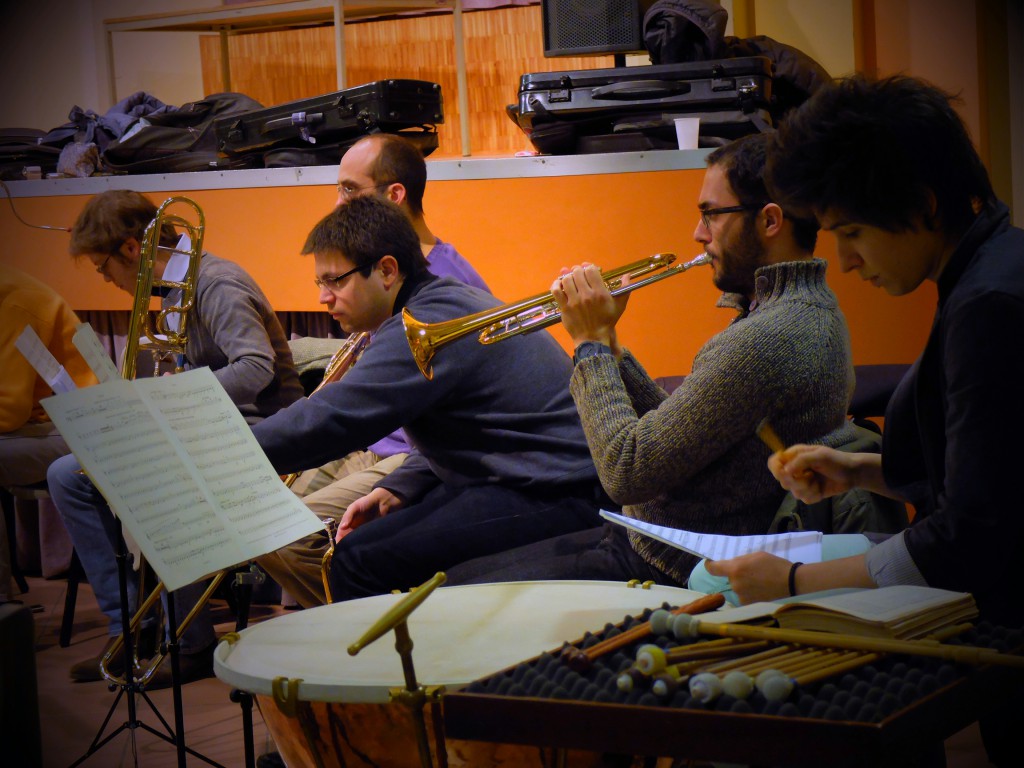 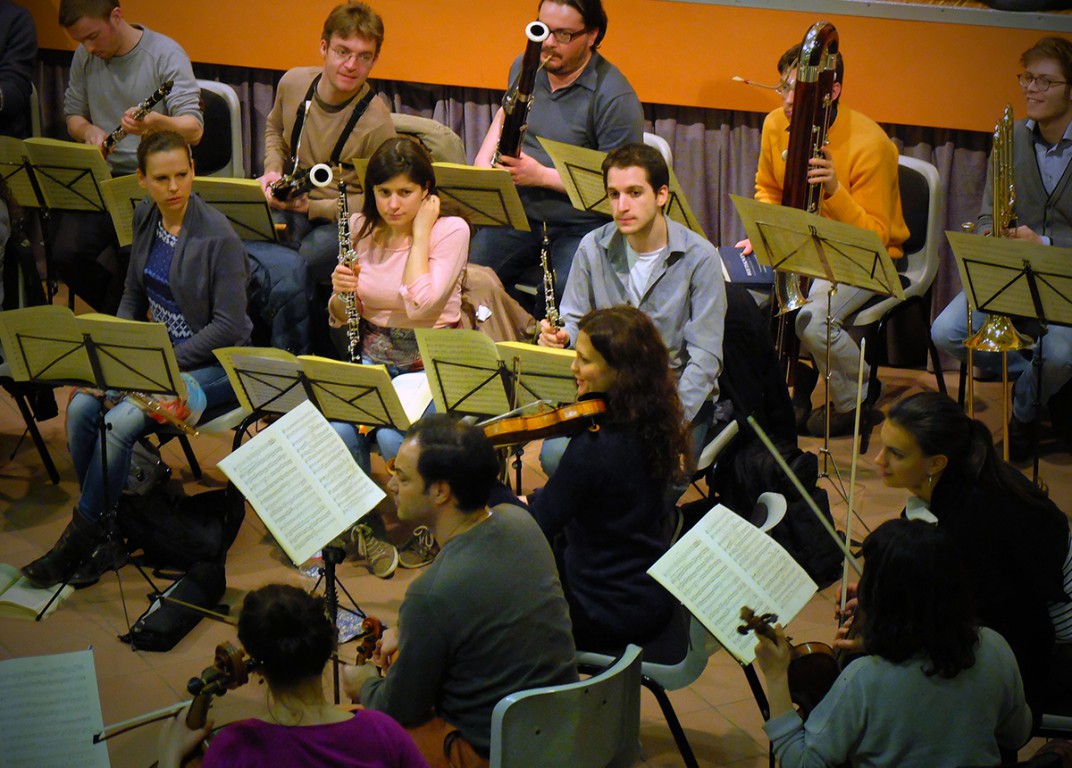 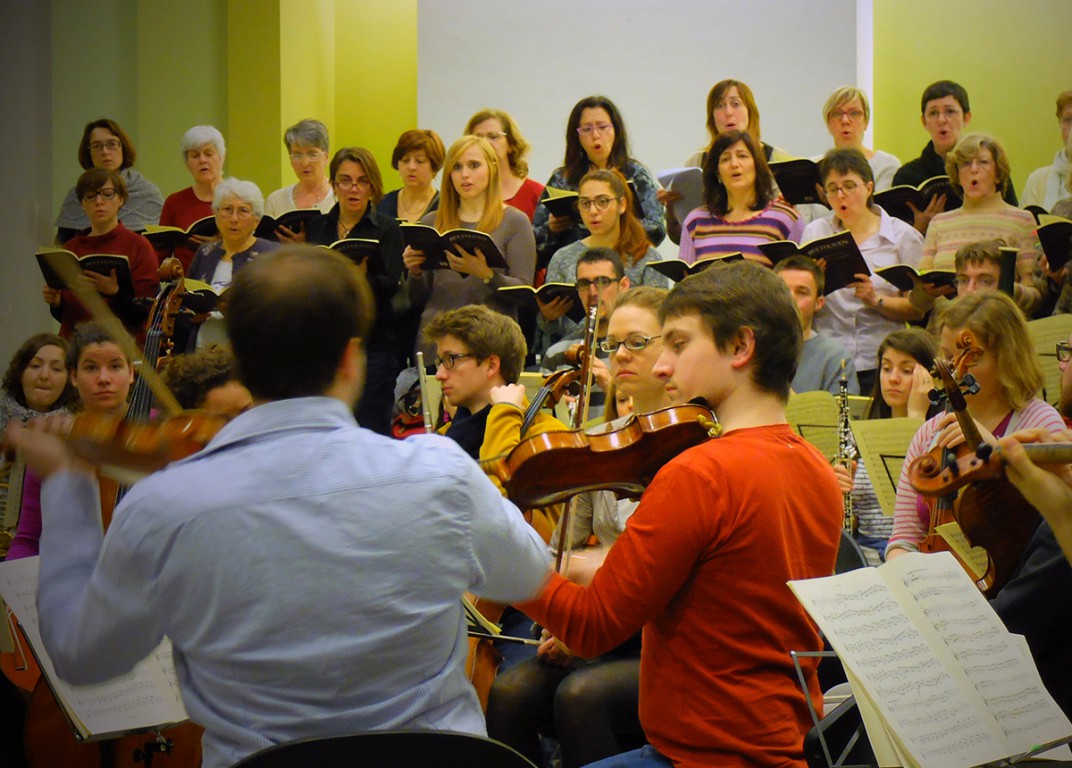