The first period of Spira represented for us that big step that exists between words and facts. There were many good reasons not to make that step.Nothing was really completely organized or under control.

We didn't have any money, we didn't really even look for it. We had just a group of musicians with the big wish to meet and study together. The right group for one of the early Beethoven symphonies.  We chose the Second and met in Quercianella (Livorno), occupying every single room of my house. We rehearsed there for three days in a small room with a booming acoustic that we tried (quite unsuccessfully) to dry by hanging up big colored towels everywhere. After those three days of intense but exciting work we went to Vicchio (Firenze) where there was a theatre that we knew (through secret channels) was free for two days. We lived in an Hostel and  built our Beethoven Second Symphony, our first piece, in the beautiful Teatro Giotto,  without having any official concert planned. Nothing was planned, nothing was official. Not even our name. In that little town people called us "The Neverland Orchestra". But we wanted, we needed to share our work with an audience, with other people. So we went in the square to catch them, playing among them the first movement of the symphony that after those days of work was completely occupying our heads. The inhabitants of the village followed us inside the theatre where we could then play for them the whole piece. And the experience was so intense that we couldn't think anything else than repeating it as soon as possible. The first experiment "realizing a wish" was happily successfull. 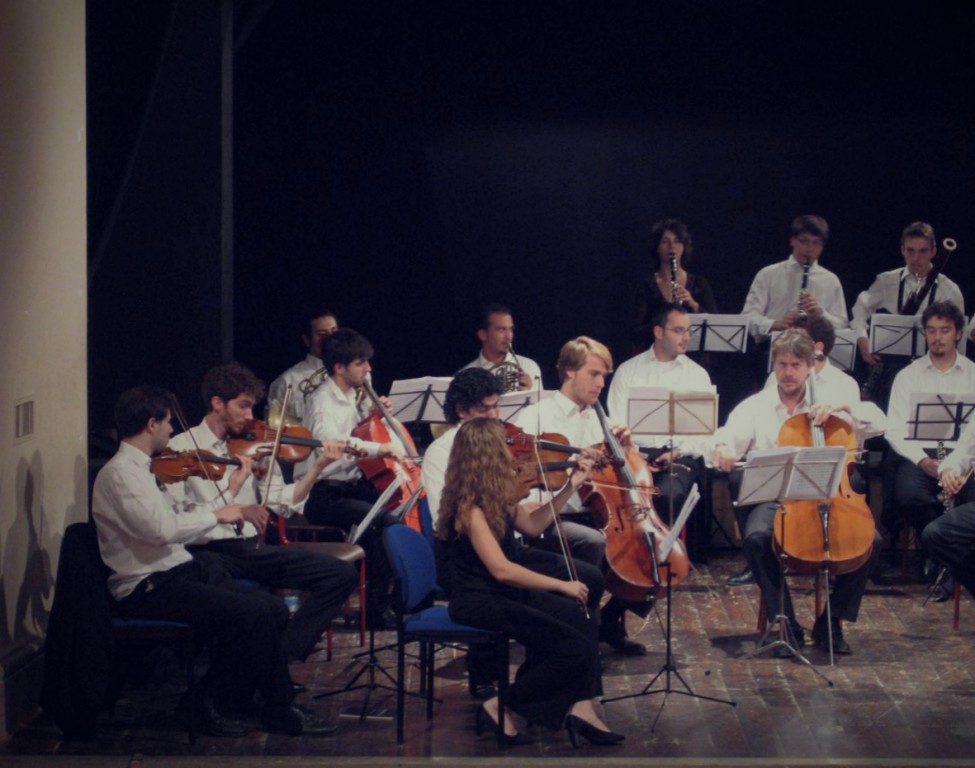 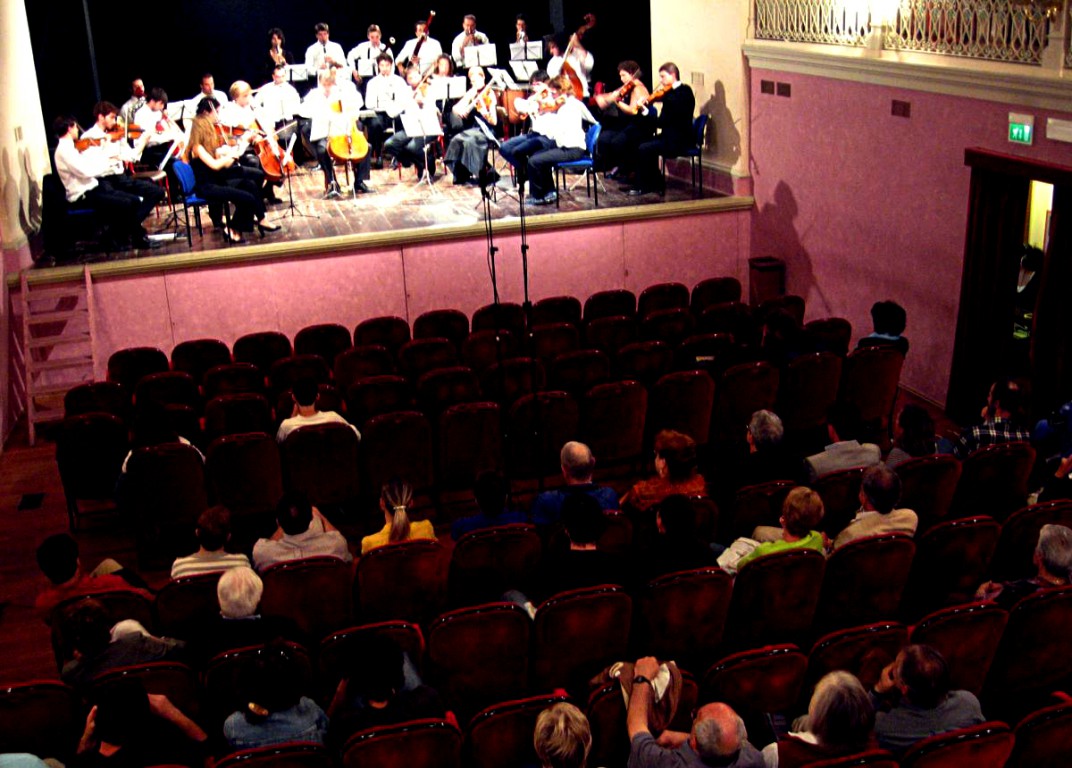 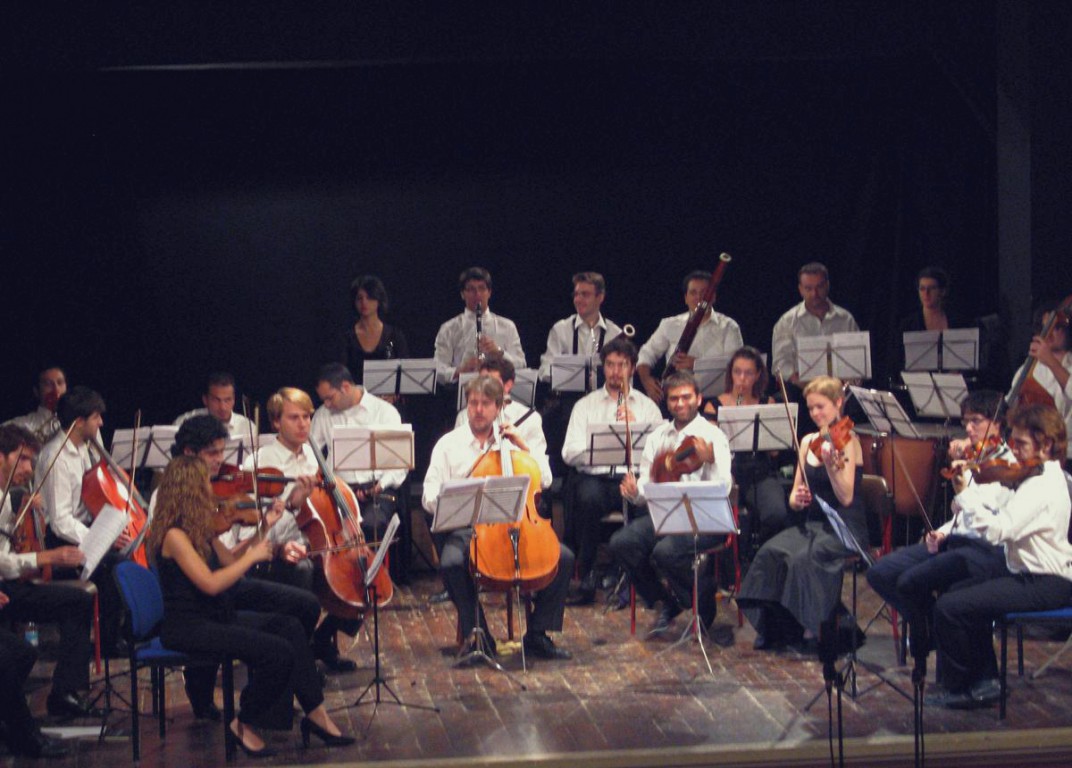