Schubert's Third Symphony is often considered a "small" work, for the number of musicians, proportions, emotional range. Completely lacking in malice or strong dramatic impetus, it was not easy to convince people that it could bear alone the weight of a whole concert.
On the contrary, it was a subject of study that has rarely given so much back. Besides, it stimulated comments among the audience of Formigine and Mestre that we still remember today as some of the most evocative and uniting. 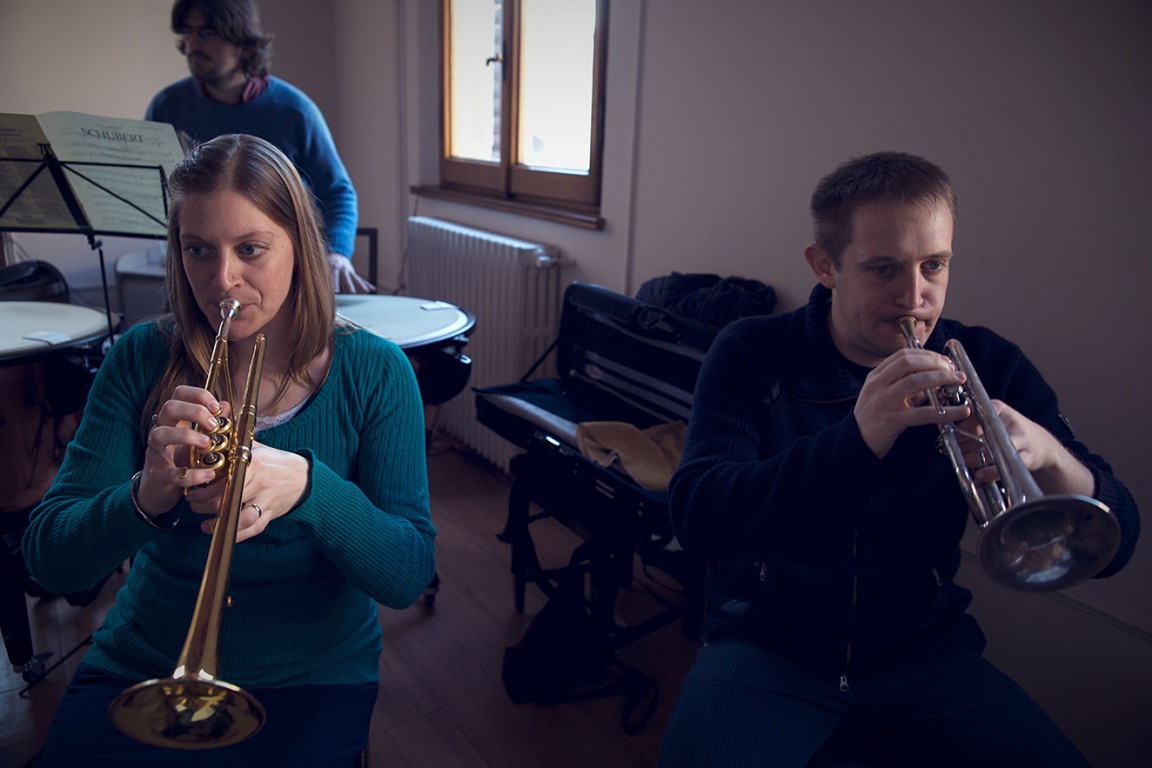