Everything begun with a spectacular raffle that took place in the Brahms Saal of the Musikverein in Vienna. In the raffle box many names of families from the area of Modena, written in small pieces of paper. Up for grabs no money-prizes, no bicicles, no chocolate boxes, but two concerts of Spira mirabilis, this time in the form of an Octet, to be preformed in the livingrooms of the lucky selected families. A video, that unfortunately we cannot publicize, shows a Giacomo Tesini at his best who, with the partecipation of some of us and Timoti’s movie direction, made the event really unforgettable, not to be compared with the 6th of january lottery on tv.
Two families were selected. There we would have gone to play the first two concerts of our Octet. Finally our dream to bring back the chamber music to the dimension for which it was imagined, was becoming real. Dimension that for some aspects was really reduced… if the elegant livingroom of the Venturelli family was very well proportioned to our needs for space, the kitchen of the Cecconi family was really small, but pressing the players as much as possible and kindly inviting the audience to sit on the floor, we all fit and enjoyed the possibility to shake a bit the building’s walls with all that brilliant F major in such a narrow space. The hospitality was exsquisite, as well as the buffets arranged for the post-concert. Two performances, two octets, two parties. Finally we could experience firsthand that contradiction hidden in many moments of this masterpiece, that atmosphere that tries to be joyful because ‘so it must be’, but that clashes with the real mood of its creator. It’s diffucult to experience all this in a big, cool concert hall. In a big concert hall it’s not likely that you can feel as in a party with friends in which you are forced to be in a good mood. In a big concert hall walls don’t shake in the Forte passages, and you cannot really whisper, because than the audience can’t hear you anymore… Maybe coming from this experience we performed in London an Octet that, despite the appreciation and wormth of the audience, wasn’t convincing for everybody. In fact we didn’t built an Octet for the Queen Elizabeth Hall, but an Octet above all for the families Venturelli and Cecconi, for their intimate livingrooms and tight kitchens. It was like if an actor of the ancient Greece had performed without the mask, hoping that the audience sat in the further last rows of a big theatre would have anyway understood his facial expressions. Maybe the problem was that we didn’t have the possibility to speak and share with the audience the main goals of our study; or maybe that in the presentation of our concert, made by the season of Queen Elizabeth Hall, many aspects were pointed out, that are not really the main features and priorities of Spira, so creating wrong expectations for something that wouldn’t have happened. Anyway for us this was a very nice meeting with the Schubert Octet, although almost always we had to deal with one protagonist of this project: the cold!! Or better said, the absence of heating! It was a cold beginning of december and in the halls where we rehearsed, in the little church where we performed in Formigine and also in the church in Saumur we were completely freezing! But this let us experience one of the funniest moment of Spira: during the last concert, in Saumur, in the middle of the Menuetto, you colud see the whole group fighting against a laughing-crisis: I have been sawn (Lorenza) trying to unblock my mouth (opening it like a crocodile): because of the cold it was completely blocked closed. It was a long long time that we didn’t laugh so much and in the middle of sooo many notes.
Press Release

Kate Royal, Spira Mirabilis, QEH: Much to admire throughout this concert of two halves 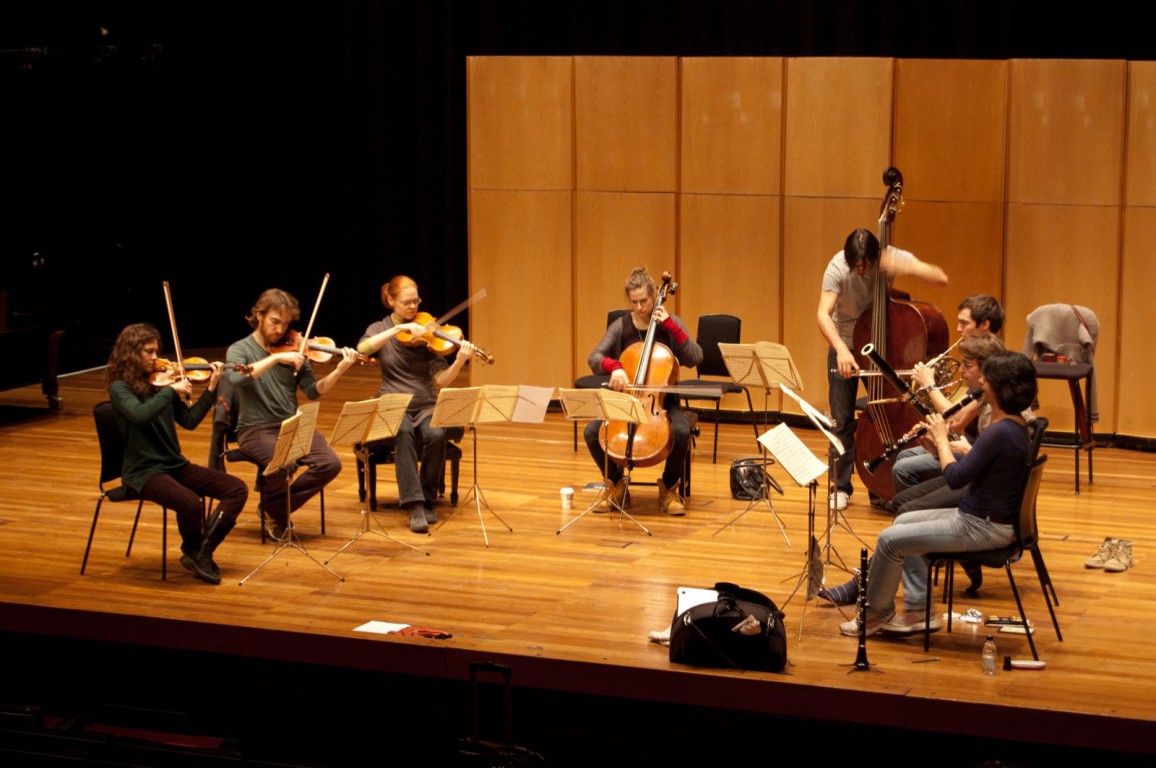 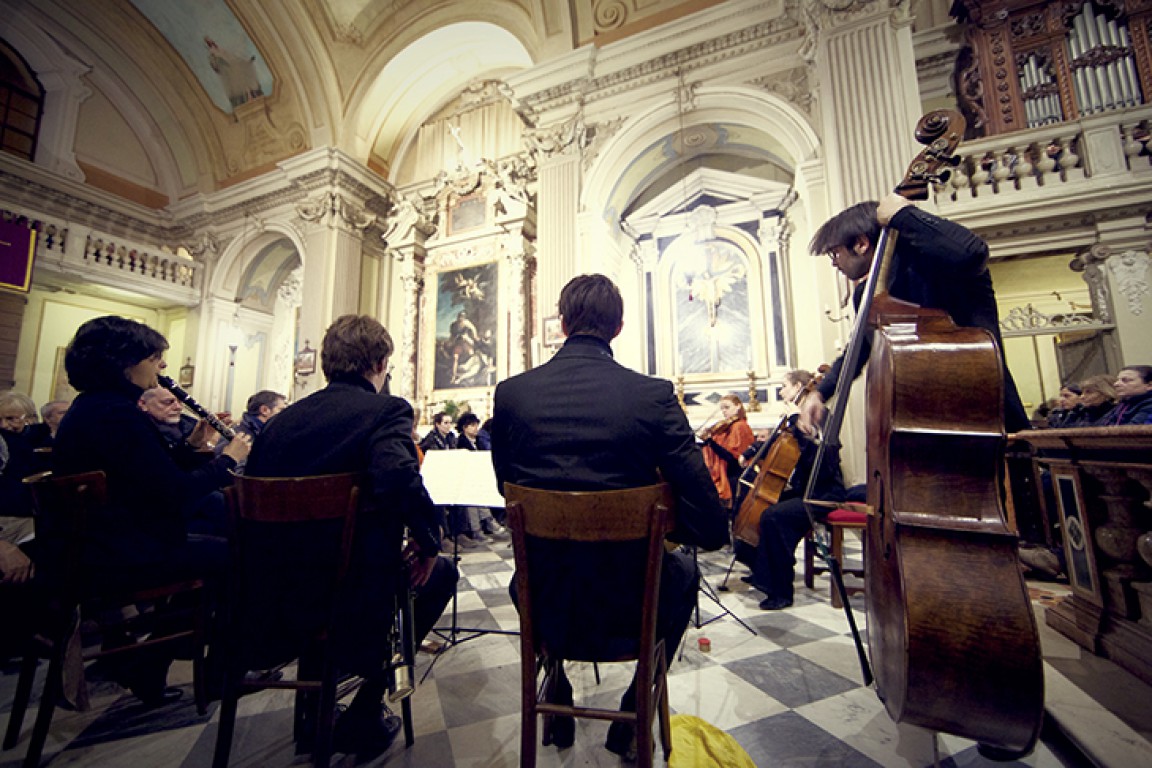 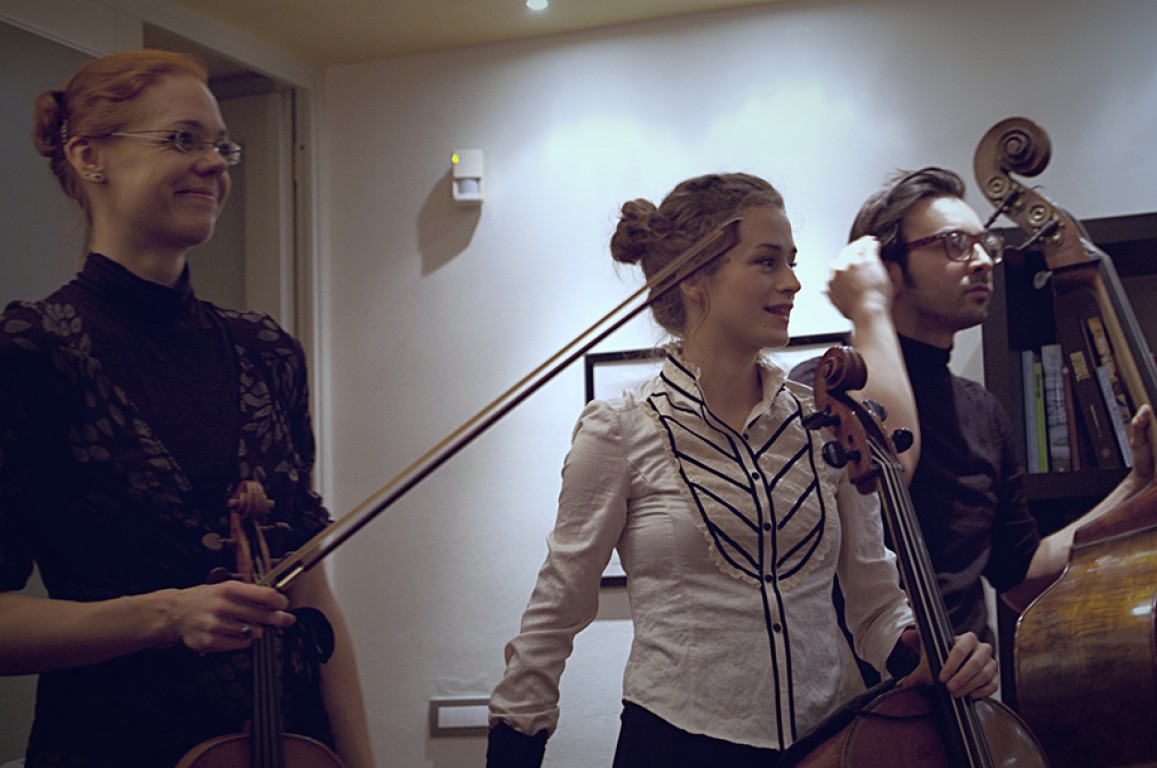 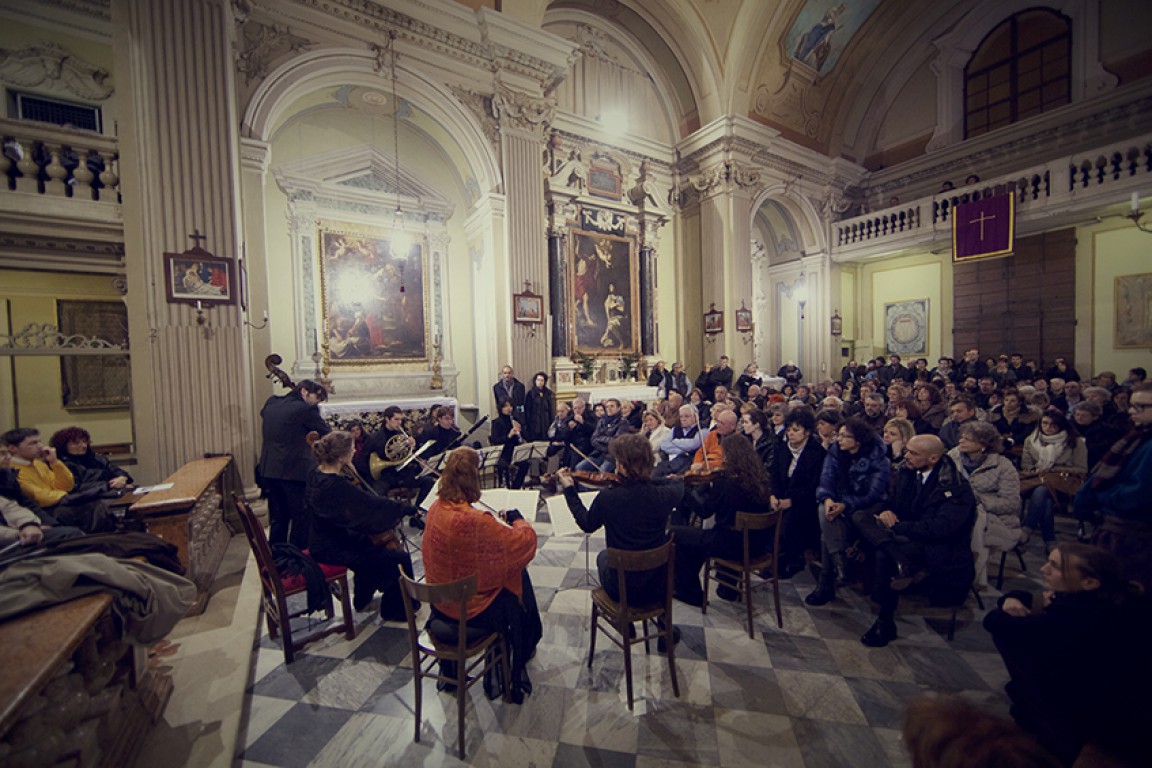 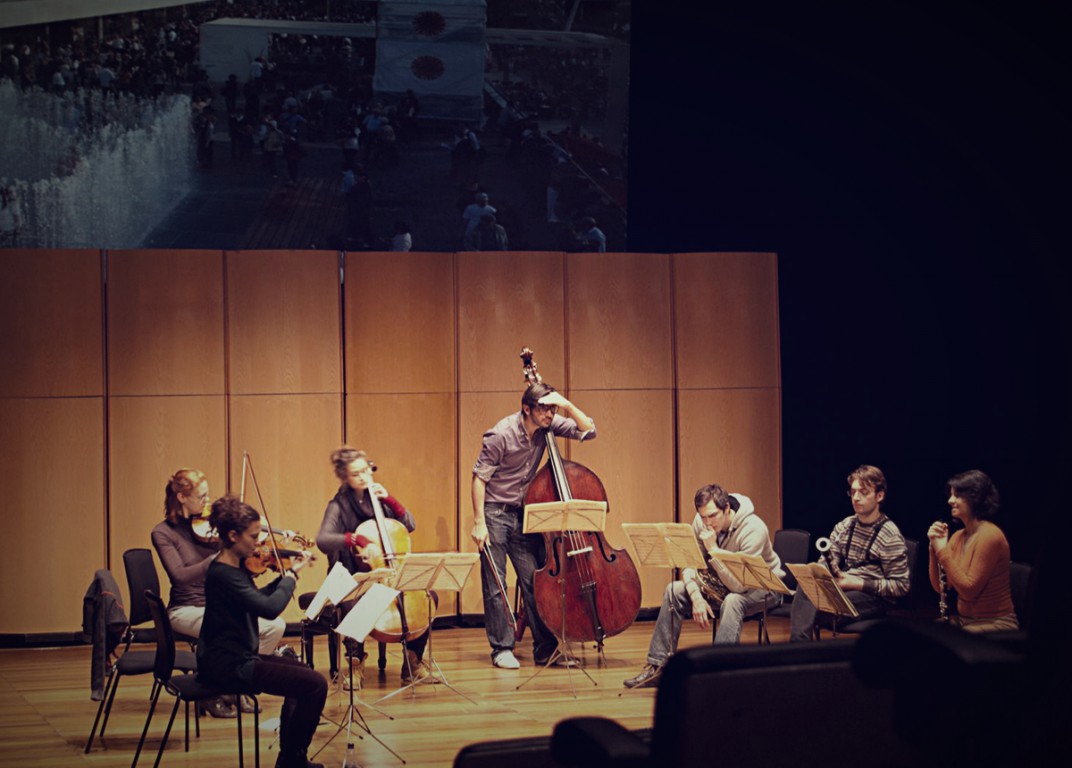